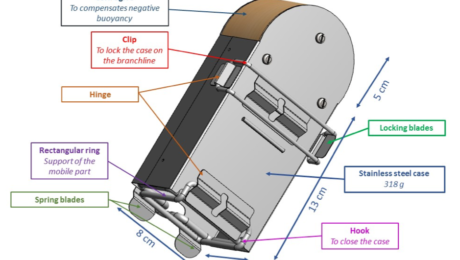 The third version of the device was tested in July 2020. It was conceived based on the observations raised during the previous experiments. This version is intended to be the final one that will be tested in real fishing conditions on pelagic longline vessels in Reunion Island.  This version is made up of: 1) a fixed steel case set on the branchline, 2) and a mobile part simulating a cast net attached to a rectangular carabiner.

The parallelepiped stainless case was equipped with a ribbed cork at its top, allowing to compensate for the negative buoyancy of the device under the water. This dome part enhances the device hydrodynamics while it is being hauled. The device size (8cm*5cm*18cm) is intended to ease its handling by the fishermen.
The case is attached to the branchline by using locking blades. The branchline is inserted into the case through a slot located on the carabiner, which is placed at the bottom of the case. The bottom part of the case is closed by a hook that locks onto two spring blades. 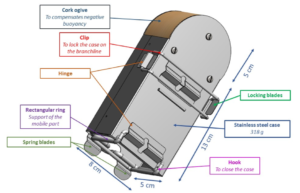 The net is made up of two pyramidal pieces cut out from a high-density polyethylene (HDPE) net. The HDPE net has several benefits: low cost, light weight, strength and rot-proofness despite prolonged immersion in sea water. In addition, the net provides a good visual coverage and a low entanglement rate.

The device is triggered when the hooked fish pulls on the branchline, resulting in the unlocking of the spring blades and then the release the net. The carabiner slides along the branchline to the fish. 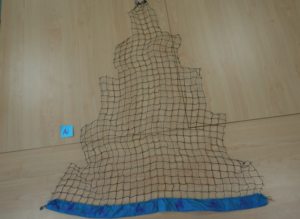 The experimental tests of the V3 “PARADEP” device were carried out during a day at sea in July 2020. The experiments were carried out aboard an 11-meter boat, lent by the diving club Odyssée (http://odyssee-sub.org/). Data related to the device behavior were collected from video footages recorded by three divers.

On a 35 m long experimental mainline, 6 short branchlines equipped with the devices were deployed. Once the line and the devices were set, three divers equipped with underwater cameras went into the water. For each prototype, the diver (A) triggered the device by pulling on the branchline to simulate a capture. The diver (B) recorded the triggering and the descent of the device until the net deployment around the fish. The diver (C) recorded the whole experiment to provide a global view of it.

– The small size of the case allows a good grip and its behavior in the water is satisfying. The issues were mostly related to the hanging and opening systems. The clip intended to attach the case on the branchline was not tight enough.

– The rectangular carabiner will need to be changed into a circular carabiner with an opening and closing system. This would prevent its entanglement with the nets or the exit of the branchline.

– The behavior of the nets was disappointing. They were too bulky and could not get out of the case on their own during the simulation of a capture, so they had to be taken out manually. For the final device, it will be necessary to work with less bulky nets.

This version is certainly close to the expected final version. Some changes are still required:

The improved case was received in December 2020. The adequate net was also identified. A preview of the case behavior and the cast net can be seen below:

Due to the COVID 19 crisis, the validation tests of the prototype are on hold and will be carried out as soon as the sanitary conditions allow them. 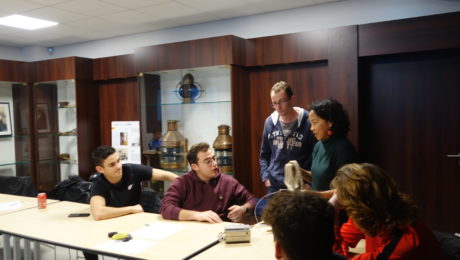 Auriane and Njaratiana presented some results about depredation impacts in the Indian Ocean, how fishermen cope with that issue and what is currently done to mitigate it. The presentation mainly focused on the PARADEP actions. The depredation mitigation prototypes were also shown to the students. 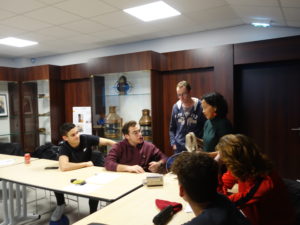 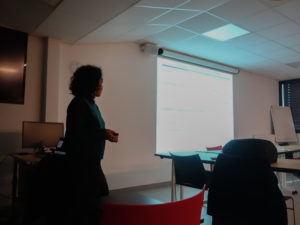 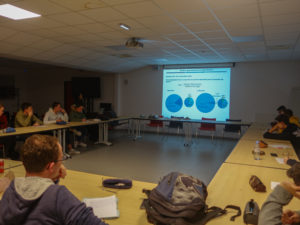 A short extract of Auriane’s presentation can be seen here (in French).

Thanks to Alexandre Castillo and Clément Calmettes, teachers at the Lycée de la Mer, for their warm welcome. 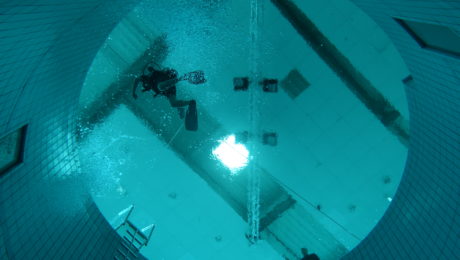 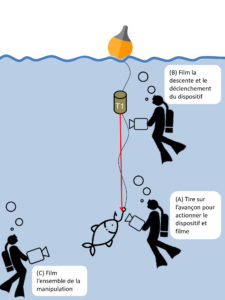 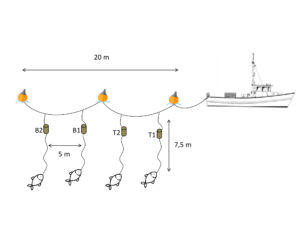 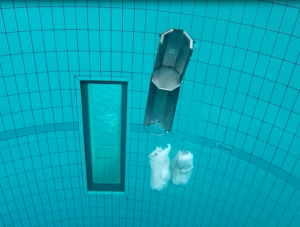 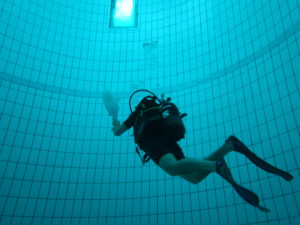 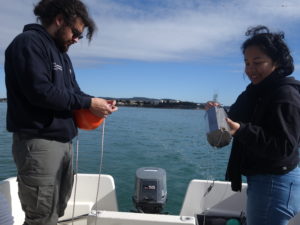 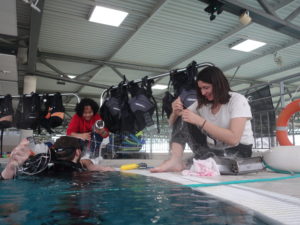 PARADEP was presented at the World Marine Mammal Conference held in Barcelona in December 2019 (https://www.wmmconference.org/). This year, this symposium was jointly organized by the Society of Marine Mammalogy and the European Cetacean Society. This international conference aims at bringing together scientists, students, policy-makers and managers whose work focus on marine mammal science and conservation. A total of 2,500 attendees were registered and around 600 orals and 1000 posters were presented.

The PARADEP project was presented as a poster, as part of the “Fisheries Interactions” theme. The poster mainly focused on the preliminary devices and the underwater tests carried out in August 2019. Video footages of the device behaviour were also played. The poster can be viewed here. 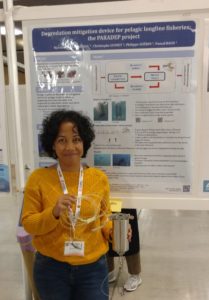 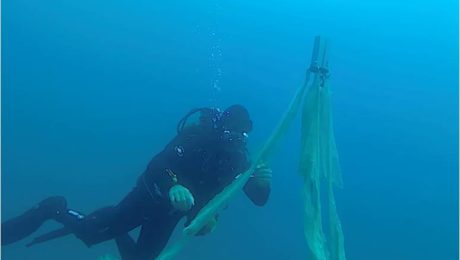 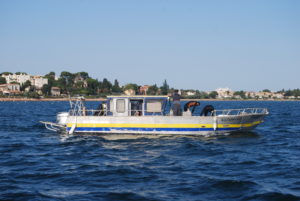 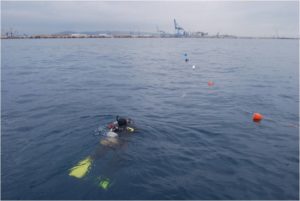 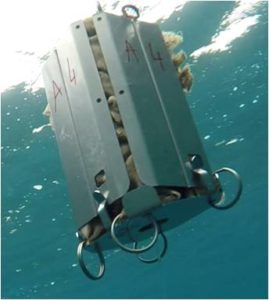 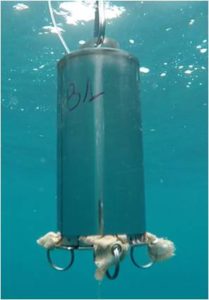 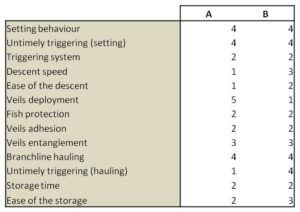 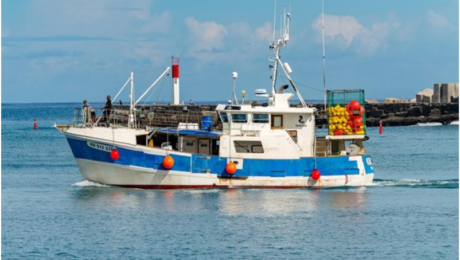 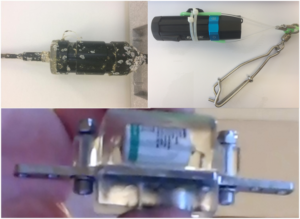 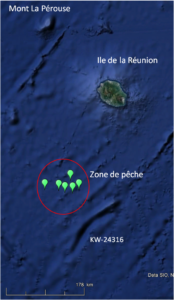 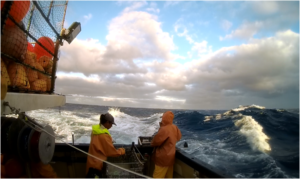 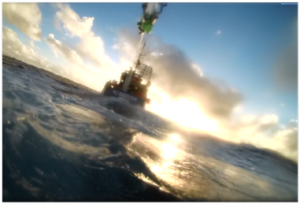 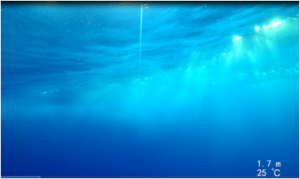 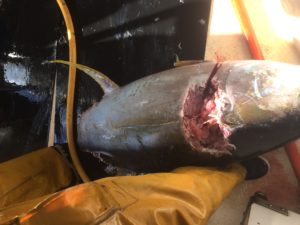 13-14/06/2019 : Shooting of a documentary about the conception of the depredation mitigation device

During a work meeting with the SATIM team (Niort, France) in charge of the device conception, Luc MARKIW (IRD Images) recorded the different steps of the prototype machining. He also interviewed some of the actors involved in the project. Those shootings will be used in a general documentary relating the genesis of PARADEP, from its conception to the final tests onboard commercial pelagic longliners. 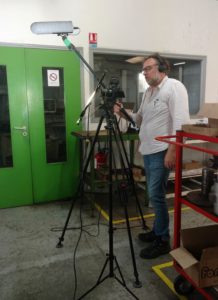 Marc SORIA, acoustical engineer involved in the PARADEP project, will be onboard the Vétyver 6 (ENEZ DU fishing company) during a commercial fishing trip which will last 15 days. He will deploy several hydrophones, accelerometers and cameras along the longline, in order to record acoustic signals emitted by marine mammals evolving near the fishing gear. Acoustic recordings will be associated with visual observations when possible. This will allow to associate the acoustic signals with specific marine mammal species.

The acoustic material will be deployed again during the commercial trips aiming at testing the depredation mitigation devices. The general objective of those acoustic recordings is to improve our knowledge about the depredation process. They will also allow a better understanding of the marine mammal acoustic behavior during depredation events.

Initiation of the device development

This innovative device will have three protective skills: physical (barrier between the fish and the predator), visual (hiding of the fish) and passive acoustic (modification of the fish acoustic signature).